WWF Med shows how to use the media

I'm a bit proud of my sister for this.

Co-ordinating a week of 14-hour days with different media crews from around the world is impressive enough.

But when each day involved taking a different team out into the Mediterranean on a WWF yacht to track and tag blue fin tuna, where each trip resulted in news coverage like this from Channel 4, it's very special.

Click here to read more about WWF's work to protect this amazing, endangered creature - a 4-metre warm blooded fish that swims at up to 60 miles an hour.
Posted by Matt Parkes at 25.9.09 No comments:

Here's a brief post from search specialist Addam Hassan that outlines the importance of, and some of the ways to improve, the SEO (search engine optimisation) of your Twitter account.

Discussing the growth in Twitter, Addam points to recent UK data from Nielsen NetRankings, showing that in July 2009 28% of referring traffic to Twitter came from search. 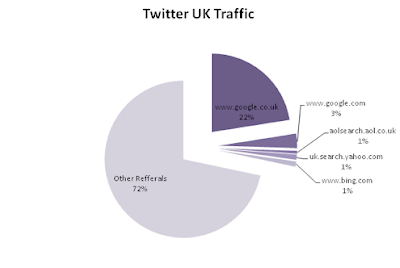 The significance of this is put into context by a comment on the post: "recent Google behaviour also suggests that the algorithm is now ranking Twitter much higher than previously and so brands' Twitter accounts should be considered as another Web channel - which require the same amount of optimisation and ‘feeding’ in terms of driving traffic".

Nonprofit search terms
So how does the charity sector fare in a simple test?

The following table shows the position on the search engine results page (SERP) when the search terms were entered into Google; a simplistic test but an interesting reflection of the current prominence of Twitter. I only looked at the first ten pages of search results, so a blank result shows that no reference to Twitter appeared in the first ten pages. 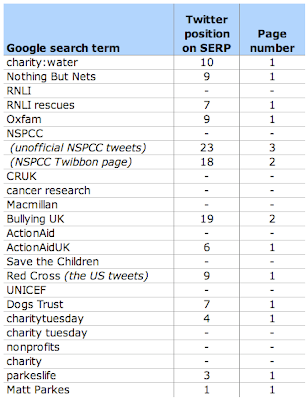 Four steps to SEO your Twitter
Clearly, 140 characters doesn't leave a great deal of scope for complex SEO. However, there are four areas to pay attention to, and doing so should noticeably boost your results.


Do you have anything to add? I am in no way a search expert, so again, please add a comment.

Why bother?
A caveat to this post would be that Twitter's prominence in search results is only beginning to change now. Many of the searches above - and several others I tried - didn't yield any reference to Twitter, let alone individual tweets. It would therefore be easy to dismiss this issue but I think that to do so would be short sighted.

Tweeting is unlikely to be your primary communication channel with supporters, and simply ensuring that your website indexes highly is enough, surely? Not really.

You may not regard Twitter as a priority but (increasingly) your competitors might, especially unforeseen competitors such as charity:water, and their tweets could index very highly. In natural search results this will begin to erode the traffic that would otherwise have clicked straight through to you.

As you will understand if you have read any of Bluefrog's blogs, engagement is the most powerful force in fundraising, and it is the watchword of Twitter. In contrast, chances are that your website is a relatively static and flat environment - somewhere donors or campaigners visit only to download information or possibly to donate.

Indeed, before this post ends, I should say that I find it completely baffling that so many charities - especially the big names (e.g. UNICEF UK) - do not follow all the tweeps who follow them. The reasons may not be as negative as those outlined by Seth Godin in this post, where he says the 'non' in nonprofit is significant because it reflects a general attitude to doing new things, but my guess is that "it'd be too time consuming to follow them all" has been said more than once.
Posted by Matt Parkes at 15.9.09 5 comments: 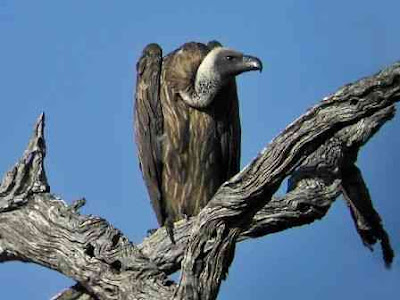 I'm aware that I risk mixing metaphors by using the image of the vulture after the heading above, but both are apt. You decide which works best.

I am frequently surprised by stories of publishing companies selling advertising space in various journals and magazines with the promise of great returns.

The sales tactic will be familiar to many readers.

"We have just had a cancellation, this is well below rate card, etc..."

Sadly, many fundraisers seem too soft to say no - or too inexperienced to ask for evidence that these ads work. And the publishers exploit their gentle nature mercilessly. I know of one small to medium sized charity that was spending £80,000 a year on advertising in solicitors' journals - as they are somewhat ambitiously called - without anything to show for it.

One of our clients surprised us a couple of years ago, when he announced, "oh, but you're wrong ... we did get a response from a solicitor's journal; we put a different 'room number' in the registered address shown in each ad so we could track any response". Astonished, we asked for more detail. "Well, in fact," he continued, "it was just on the envelope from the solicitor - the will inside featured an entirely different address."

We have given up hope of ever seeing evidence that these ads work.

But why my sudden catharsis?

Well I received an email today from one of the publishers in question, and I have reproduced a slightly edited version below to show that the [insert animal shown in photograph above] even try their [insert blog title] with agencies:

"I know that you are very busy this week, but I wanted to contact you as I have a last minute position available in the XXXX publication and as we spoke previously, I wanted to offer it to you first.

I spoke to your colleague XXXX who suggested that I contact you via email first.

The campaign has actually closed for this year, but one of my Fundraising clients phoned this morning and pulled out on a full page, as they are undergoing a re-brand and are unable to provide copy for me in time, really leaving me in the lurch and in a lot of trouble with Editorial. [I laughed out loud at that bit]

I know this year is going to be so important for fundraising and I have come to you at the very last minute, so that is why I are [sic] offering you this final last minute deal for a full page within the XXXX for the coming year.

We can offer you a full page, colour, glossy advert space within our limited preliminary section for £x for the coming year, and this is well below the rate card price of £y.

I can offer this to you at this price as it is a last minute deal and because I want to fill the space with a company that can provide a valuable and important service for charities. This means that you will be getting the same, full exposure as your competitors within the XXXX, but you would be paying a fraction of the cost.

I know you have been incredibly busy this week, but I am so confident with the XXXX publication, we have actually grown 14% in the last year, which really speaks for itself.

As I mentioned earlier, we are ready to sign off on the publication, so this would be your last opportunity to be a part of XXXX.

We can give you an extension on the copy deadline up until the 14th, so that you can sign the copy off when you are in the office.

I will call you back tomorrow to discuss this further."

Clearly publishers need to earn a living too, but my objection is the way in which, without exception, they are happy to take money from charities without being able to offer any guarantee of likely returns.

Fundraisers - take a stand against this!
Posted by Matt Parkes at 8.9.09 No comments: