“Grande skinny caramel macchiato, extra hot, with three shots, extra cream, marshmallows, double vanilla and a dash of cinnamon” is heard rather too often for my liking.

This is sacrilege against the art of coffee making.

And I use the word ‘art’ advisedly. The perfect espresso is created only when the following six elements meet in harmony:

And then to craft a cappuccino, the densely foamed, steamed but not-too-hot milk is added, so that the following rough proportions are achieved: 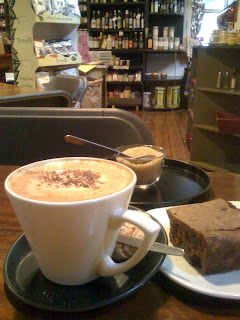 The best coffee in Shoreditch, if you find yourself in Bluefrog’s neck of the woods, is to be found at Food Hall, on Old Street.

Each cup is given the attention that a sculptor would give a masterpiece carving. And take-away is as good as drink-in … although a purist would argue that cappuccino cannot properly be drunk from a paper cup.

Am I sounding pretentious yet?

Time to infuse [sorry] fundraising into this.

Raising money
Why compare coffee and fundraising? Well, truth be told, simply because I love coffee. But bear with me and you’ll see that there are some really helpful parallels.

First, the espresso machine. This is your fundraising department and as you know, if that’s not working well, everything else is doomed. The metaphor can be taken further, however.

Espresso machines work under incredible pressure, and in a similar way, fundraising departments work with an ongoing challenge to find budget, high demands from Trustees, and a constant strain to develop the next target-beating campaign.

But the best Gaggia won’t make good coffee if it is neglected. And NCVO’s Third Sector Skills Research published last July was just one report to lament a skills shortage in fundraising. Unless we invest in developing skills, our fundraising will get more and more watered down.

“Credit crunch”, I hear you shout. Indeed, and several major players are certainly feeling more crunch than credit at the start of 2009, but scheme’s like the IoF’s Fundraising Learning Online are to be applauded, in making basic training affordable.

One thing remains unavoidable in a recession: those who continue to invest through the hard times will emerge ahead of the pack.

And so onto the next element: coffee beans. The basic ingredient. In fundraising that’s your strategy. It doesn’t matter what you do with a poor strategy; it is still a poor strategy, and it will only get you so far.

Adrian Sargeant’s regular sessions at IoF and IFC conferences on building a fundraising strategy give the basics. I’d hazard a guess, however, that fewer than half of the top-500 fundraising departments have developed a strategy with even that much thoroughness.

Cranfield School of Management run great courses on strategy development, and they can sometimes work with charities on a consultancy basis.

The grind, number three on the list, is your target audience. Not that I’m suggesting that donors are a grind.

In coffee making, it is important that the ground coffee is neither too course nor too fine. So, too, in defining your various audiences, it is important neither to view them as too homogenous a group, nor to break them into thousands of small segments.

The key, of course, is to understand your audience. To really understand what each set of donors – or prospective donors – is like: what motivates them, how do they give and how can you build relationships with them? There are myriad resources out there to help get into donors’ minds – CharityBloggers, for example.

But the best technique of all – and I aim this comment mainly at direct marketers, who, I’m sorry to say, are generally useless at this – is to speak to donors or read their correspondence.

In a brief spell in commercial brand marketing, before coming to Bluefrog, one of the brands I oversaw was Listen2. Primary audience: 65+. Not only does my iPod now contain some Mantovani and Vera Lynn, I made sure I spent time opening post and in the call centre.

The dose comes next and in my mind this equates to the offer or proposition. Clearly, this comes after understanding your audience, but it is nearly as important.

I’ve seen ads bomb for lack of attention to what the audience will be likely to do (e.g. direct debit ask when a cash ask would have been better).

Successful trust fundraisers will tell you that unless you really understand what the Trust is looking to support – and precisely which aspect of your work will push their buttons – no amount of hard work on the application will get a result.

Corporate partners, similarly, are usually looking for the right type of charity partnership.

And what you tell donors their money can achieve is equally critical.

The Prostate Cancer Charity’s Research Action Fund that Bluefrog created, works very well as a high value donor recruitment tool. And this is mainly because it maps precisely onto the sort of work the prospective donors want to support.

It is perhaps a stretch to see how tamping – the next element – equates to creative. But that’s possibly because not many people have used an espresso machine.

The skilled use of a tamper, to compress the ground coffee into the filter, needs something of a creative flair to get just right. I hope the next time you buy a coffee you get to see this in action.

In fundraising, whether it is community fundraisers sending invitations to a carol concert, major donor key workers chatting to someone at an event or the acquisition team in direct marketing developing a new DRTV ad, the message must be put across effectively.

Marie Curie’s Great Daffodil Appeal is an interesting example. For such a well-loved brand, warmly embodied in yellows and blues, opting for black as the primary colour for this annual appeal was a brave move. Blacks and greys evoke death, which for a cancer care charity is upfront but also seems a little risky.

It looked very nice on big cross-track posters in the Tube. But one can’t help wondering what the community fundraising volunteers, like those in the pictures, prefer wearing – black or blue. And what do individual donors think?

Finally, timing – when to tighten and stop tightening the filter holder. Often fixed, e.g. around Christmas, timing is rarely given enough thought. There is a tendency – if one thinks about timing at all – to try to out-do the competition and move an appeal a bit earlier.

Christmas card catalogues in August? Of course. And if you don’t get yours out in August too, you’ll lose sales. How long before someone tries July or even June?

Admittedly, you only have limited scope on testing timing, as your hand will often be forced by what other departments or competitors are doing.

Email is one area where testing is both possible and worthwhile – assuming you have sufficient volumes of responsive data. A few years ago, I heard a consensus emerging that Tuesday morning or Thursday lunchtime were the best times to send an email. But that has now changed, and the clear advice from digital experts is to do your own testing.

As I said elsewhere, from a stewardship point of view, the timing of feedback and thank you messages will be very important as the recession deepens. Specifically, I recommend now!

Frothy coffee
Cappuccino is anathema to true espresso lovers. Some argue that once milk – or even hot water – enters the dark nectar, it is ruined.

Others, however, enjoy delving into the velvety softness, allowing the warmth and strength to be drawn through.

In a similar – but less suggestive – way, a contrast can be drawn between fundraisers who see themselves as solitary espresso and those who strive to achieve a cappuccino-like mix. The former keep their head down and concentrate on the task in hand. Sometimes brilliant, often a little weak or bitter.

I would argue that the latter group, however, are more consistent.

They turn espresso into something greater, by mixing one third themselves, one third creative agencies and consultancies, and one third peer networks and industry bodies like the Institute. Not that I would suggest that the IoF is frothy and full of hot air.

Although they risk becoming a little bland, fundraisers who seek input from others and build upon the experience of peers and the industry stand a much better chance of being successful.

Donor needs
But going back to the “grande skinny caramel macchiato, extra hot, etc…”, maybe Starbucks and their 20,000 variations on a cup of coffee are right on the money. What they do is to recognise that customers have needs, and the most important of all is to be treated as an individual – to be given what you want in return for your money.

And anyone who’s read Mark Phillips’ post on donor needs will immediately see the parallel.

As Mark says, donors want to know what a charity has done with their money, rather than read about what the charity does (or what a corporate partner has given, or what policy statement they’re issuing); it's a very subtle difference, but a very important one.

But how do you implement that in practice? 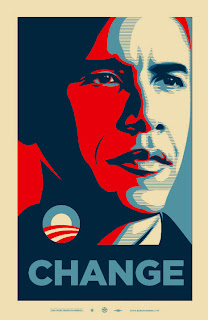 At the risk of being clichéd, I shall draw this post to a close with a reference to Barack Obama’s astounding fundraising success.

As Nick Burne comments in PF, Obama succeeded because he, ‘made the campaign about me’.

Nick observes: ‘A statement on the front and top of Obama's website read: “I'm asking you to believe. Not just about my ability to bring about real change in Washington … I'm asking you to believe in yours." And it wasn't just a statement. He backed it up by giving me ways to get involved online. I could be a hero – part of the change. It was about me, my friends and family, and who I could influence.’

And in September 2008 alone he raised a record-breaking $150m, largely from ordinary Americans, primarily because he understood their needs.
Posted by Matt Parkes at 14.1.09

"Although they risk becoming a little bland, fundraisers who seek input from others and build upon the experience of peers and the industry stand a much better chance of being successful."

I'll have to read it again this weekend.
Cheers
k